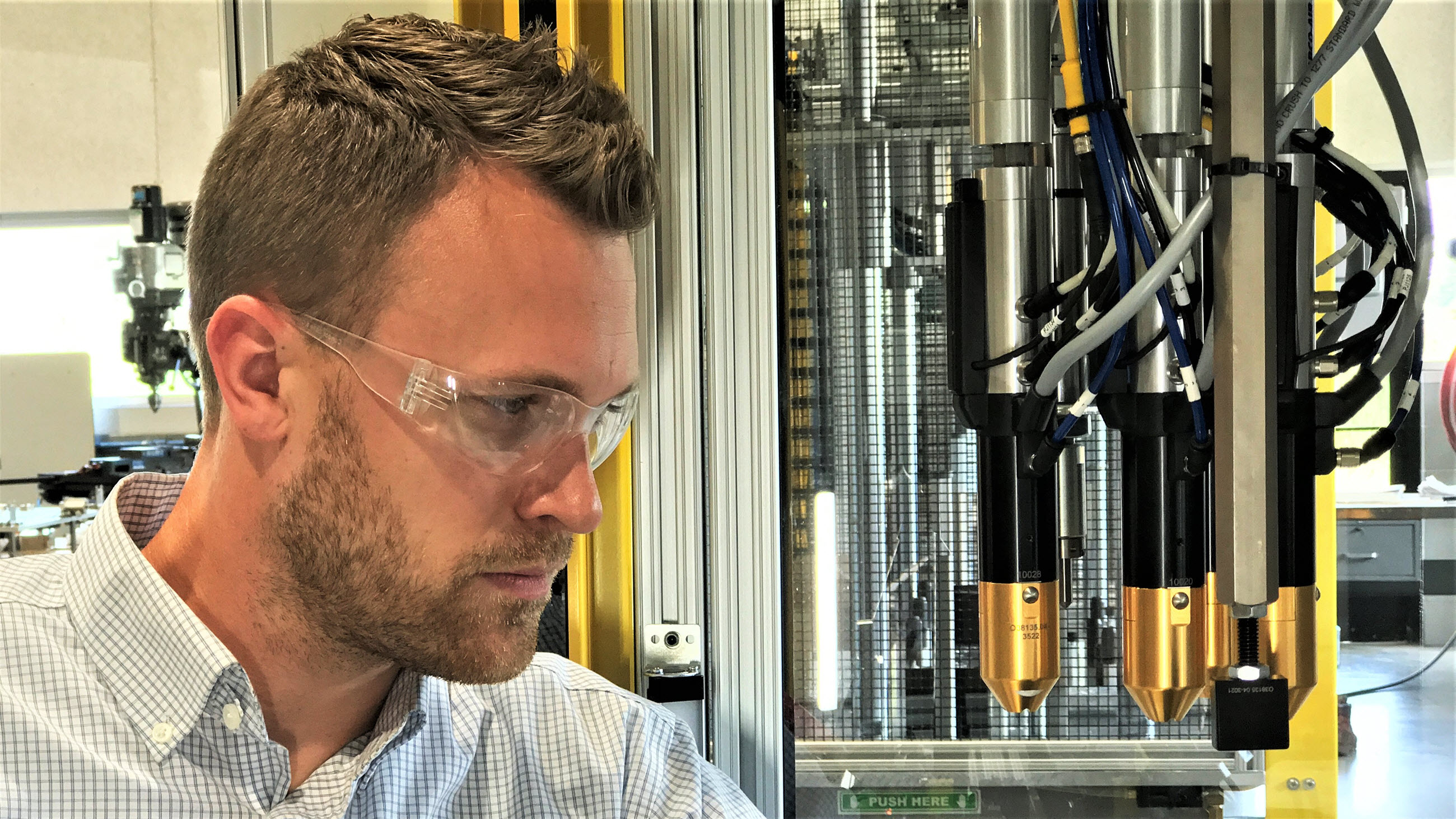 How do you measure temperature during the InfraStake process?

When it comes to process monitoring, it is important to monitor the parameters that affect the outcome of the process. In the case of staking, the goal is a tight, strong stake joint, and process monitoring should be used to verify that goal is met.

In some staking processes, temperature is a critical parameter that affects the processes ability to produce a tight, strong stake. For example, with thermal punch staking, the temperature of the hot forming tool is measured and controlled because it impacts the rate at which the plastic is heated. Similarly, with hot air staking, the temperature of the air that is directed at the boss can increase or decrease the rate of heating.

The InfraStake process is different. InfraStake uses radiation heat transfer from an infrared (IR) lamp. The IR energy is focused on the plastic boss, which absorbs the energy and is formed with a non-heated forming tool.

This video demonstrates that the focused IR energy from the lamp actually does the heating. The plastic is not heated through convection of the air or conduction of the punch.

So, which temperature in the InfraStake process could be measured to help verify that the process produced a tight, strong stake? Let’s look at a few of the choices:

Air. The air inside an InfraStake module is used for cooling, not for heating. And the focused IR energy heats the plastic boss, not the air around it. So measuring the air temperature is not very helpful.

Punch. The punch, or forming tool in an InfraStake module is not heated. It is used to form the plastic boss and acts as a heat sink. The temperature of the punch doesn’t indicate that the stake is strong and tight.

Lamp. The temperature of the IR lamp actually does impact the process. Energy transfers via radiation from the hot lamp filament to the (relatively) cold plastic boss. When the lamp is on, it is much hotter than the plastic and is always hot enough to stake the boss. So, it is not particularly useful to know the exact temperature of the filament.  Also, there is no cost‑effective way to measure it during each cycle.

So what aspects of the staking process can you measure to ensure a good stake?

Position. The new IS32 InfraStake module has a linear potentiometer that measures the exact position of the punch throughout the staking process. Before the boss is staked, the punch is used to measure its height, ensuring that it is not missing (broken off) and it is not a short shot from the molding process. After the boss is staked, the punch measures the final stake height and makes sure that it is fully formed. If both the starting boss height and final stake height fall within the user-defined limits, the boss has absorbed sufficient energy to form a tight, strong joint.

Tags: InfraStake
Back to Blog

Why does Extol have an Integration Support division?

Why does Extol have an Integration Support division? To support integrators of innovative, Extol...

Extol has developed a new software package that controls the InfraStake process. The InfraStake...